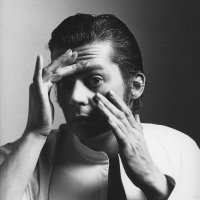 Richard Coward started out as a fashion photographer working in black and white, but by the time of his death at 68 he had added printmaking, abstract painting, etching and film-making to his skills.

Richard left school in Cheam at 16 and started working at an advertising agency in Soho as a runner. Shortly afterwards he moved to a photographic studio.

Living and working in central London in the 1960s, Richard had fun but also worked hard at his photography. He specialized in black-and-white portrait photography and was largely self-taught, although he did take a degree at the Polytechnic of Central London (now University of Westminster) in the late 80s.

In the early 70s, to supplement his freelance work, Richard turned to teaching part-time, first at Bournemouth School of Art, then Portsmouth College of Art, and, for many years, at the Cass School of Art in Whitechapel, east London. During that time he became involved with many London galleries, including the Box Gallery near Leicester Square.

By the end of the 70s Richard had acquired his first studio in Wapping, east London. Among those he photographed there were Simple Minds and the Sham 69 front man Jimmy Pursey.

Richard moved to Norwich in the early ‘90s. There he started abstract silkscreen printmaking, applying colour with vim and vigour, and had several exhibitions of his work including overseas. In 2008 Richard retired to Edinburgh where he lived until his untimely death in 2014.

Richard had many passions – literature, music, theatre, film – and he also produced and directed a few short films including one of the composer Michael Nyman. In addition he worked with his good friend, the record producer John Leckie to produce a record by the minimalist instrumental ensemble The Lost Jockey.

Richard also has selections from both his photographic and his silkscreen monoprints in private collections in the UK and abroad.

In 2017 the Richard and Siobhán Coward Foundation was set up. This is a grant giving charitable trust whose principal purpose is to support the art of analogue photography. All net proceeds of the sale of Richard's silkscreen monoprints, examples of which are shown on this website, go towards the Foundation fund.(www.cowardphotography.org).

The Scottish Portrait Awards, founded in 2017 by the Scottish Arts Club Charitable Trust, has as its main photography prize, the Richard Coward Award in
Photography.
Next
Previous